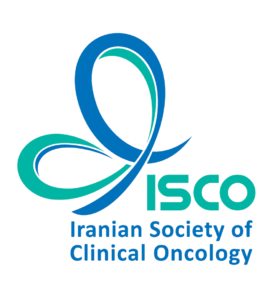 Iranian Society of Clinical Oncology (ISCO) is a professional organization of over 350 registered clinical oncologists dedicated to excellence in patient care, education, research, and administration in oncology. In late 60s, a number of clinical oncologists who had been trained in UK returned to the country and for the first time, started treating solid tumors by chemotherapy and radiotherapy. After some years of practice, those UK-trained oncologists along with other specialists in radiology and medical physics including Dr Afshari, Dr Shahrad, Dr Mortazavi, Dr Dehshiri, Dr Ghandi, Dr Amin, Dr Homayounfar and Dr Ghaffari started to train residents in the field of clinical oncology. Later on, they decided to found a specialized society in the field of clinical oncology, and it was by their effort that ISCO was founded in 1977 in Tehran, the capital city of Iran.

The Society held monthly meetings, but due to the small number of members, was quite inactive till early 80s. In 1984, by joining more members, it was hoped that the society had entered a new era, but unfortunately that time was concurrent with the height of the war that Iraqis had imposed on Iran, and the society was inactive till 1990. At that time, the society re-established, however, it was not fully active due to unstable social conditions caused by war. In late 90s following improving the economic and social conditions in the country, and by increasing the number of graduates in the field of clinical oncology, ISCO re-started its activities with well-defined programs, and with the main goal of elevating the standards of education, research and patient care in the field of clinical oncology according to the international standards. Therefore, the modern clinical oncology era started in Iran in early 2000s, and since then, by joining more than 170 new members, it has played an important role in treating and controlling cancer in Iran. ISCO organizes an annual national clinical oncology congress, in which distinguished Iranian and international guest speakers present the latest updates in oncology. Furthermore, each year, ISCO organizes several seminars and meetings on various topics in the fields of cancer prevention and treatment. The Society also supports local oncology meetings held in other cities of the country and the participation of its members in different international congresses of oncology.

Board members of ISCO